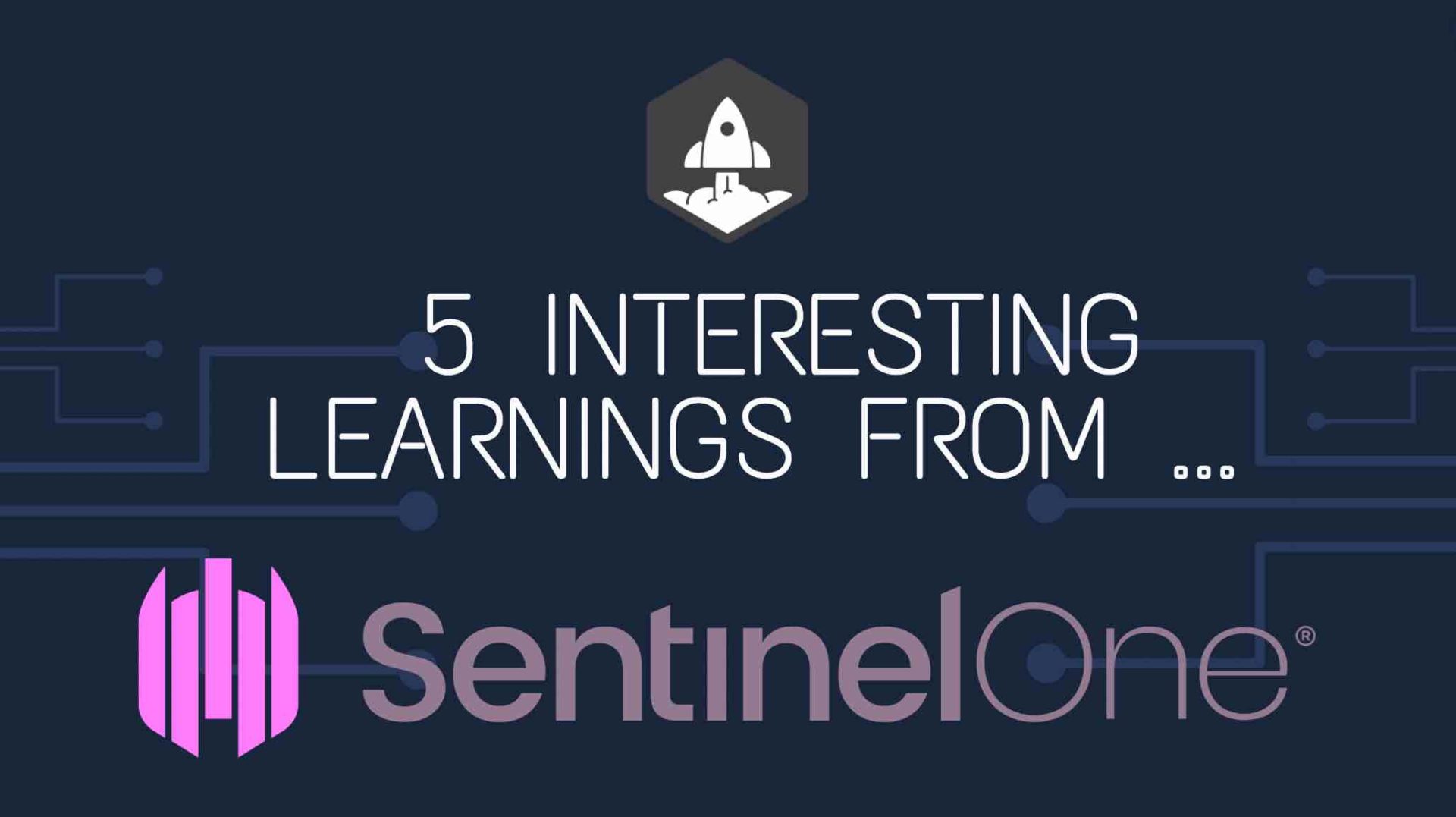 So there are Cloud and SaaS companies growing quickly.  And then there are just a handful growing like SentinelOne.  At almost $500m in ARR, it’s still growing a stunning … 106% (!).  Wow.

Yes, cybersecurity remains hot, even in these more challenging times.  It’s critical to maintain a secure enterprise, great times or tougher times.  And for the very best in cybersecurity?  It’s still red hot, even with some macro headwinds.  The buyers are still there in droves.

#1.  $100k+ customers are the key to hypergrowth.  SentinelOne’s customer count is up 55% overall to 9,250, but $100k+ customers are up 99%.  A story we see again and again of gradually going upmarket and doing bigger and bigger deals.  But they didn’t rush there overnight.

#2.  Consistent 130%+ NRR.  This is how you build something epic.  They set an internal target of 120% (it’s helpful to see them share this) — and they exceeded it.  A good reminder to make sure you have a specific core goal for NRR, and it’s a top KPI all across the company.

#3.  Growth coming down a bit, but still above 100% annually.  SentinelOne isn’t 100% immune to the laws of larger numbers and overall macro impacts.  SentinelOne clearly did call out that budgets are getting tighter and sales cycles are getting longer in some cases. But growth still remains on a tear, even if down from the 120%+ in many prior quarters. 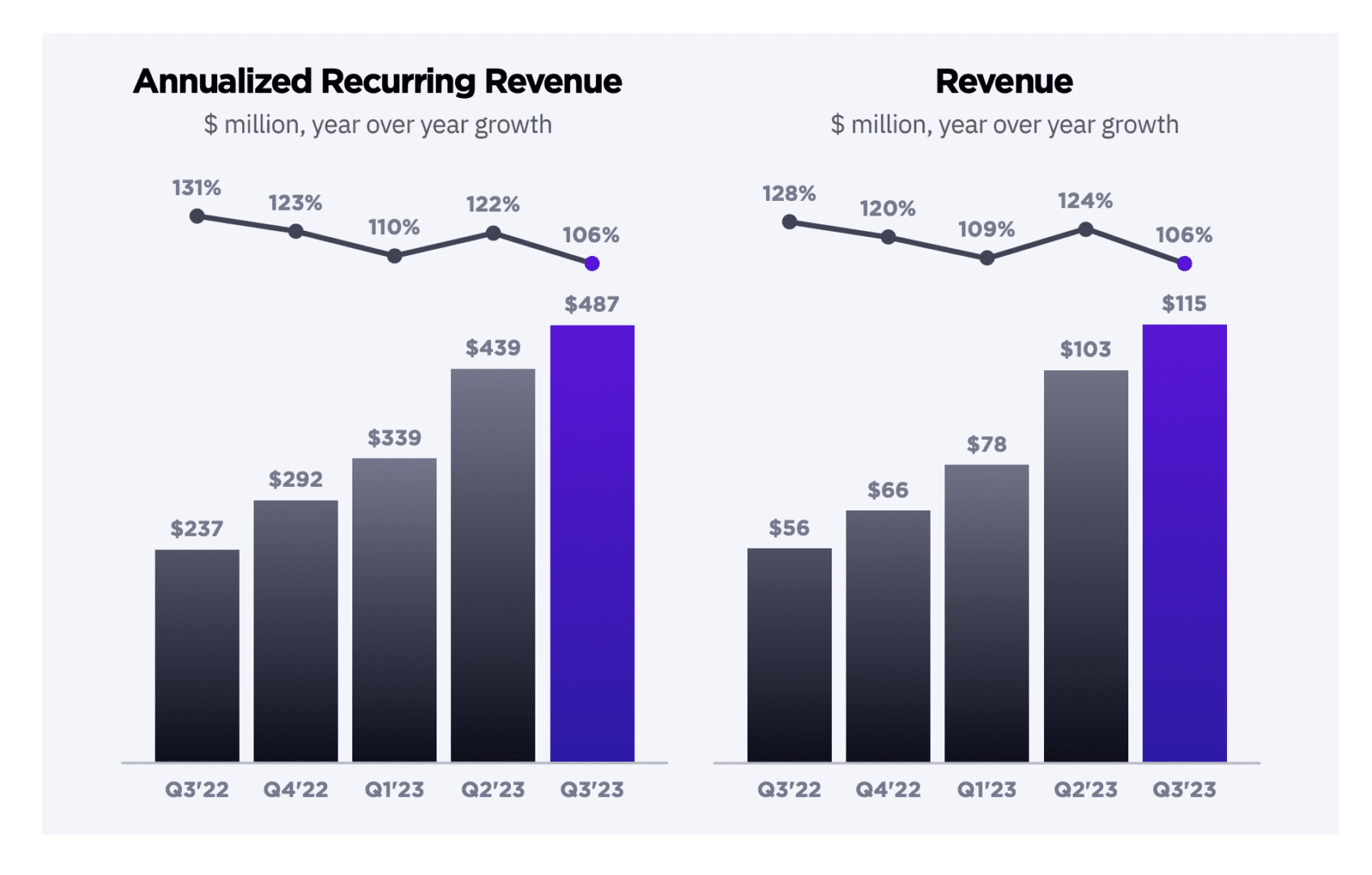 #5.  Strong Gross Margins, But Not the 80%+ of “Classic” Software.  SentinelOne has significant expenses running its platform, and that’s fine — the product is hugely valuable.  But the gross margins aren’t quite the 75%-80% of a classic low-resource SaaS company.  Not a huge deal, they are still above 70% on a non-GAAP basis and importantly above 60% on a GAAP basis.  But you do take a bit of a valuation hit with lower gross margins. 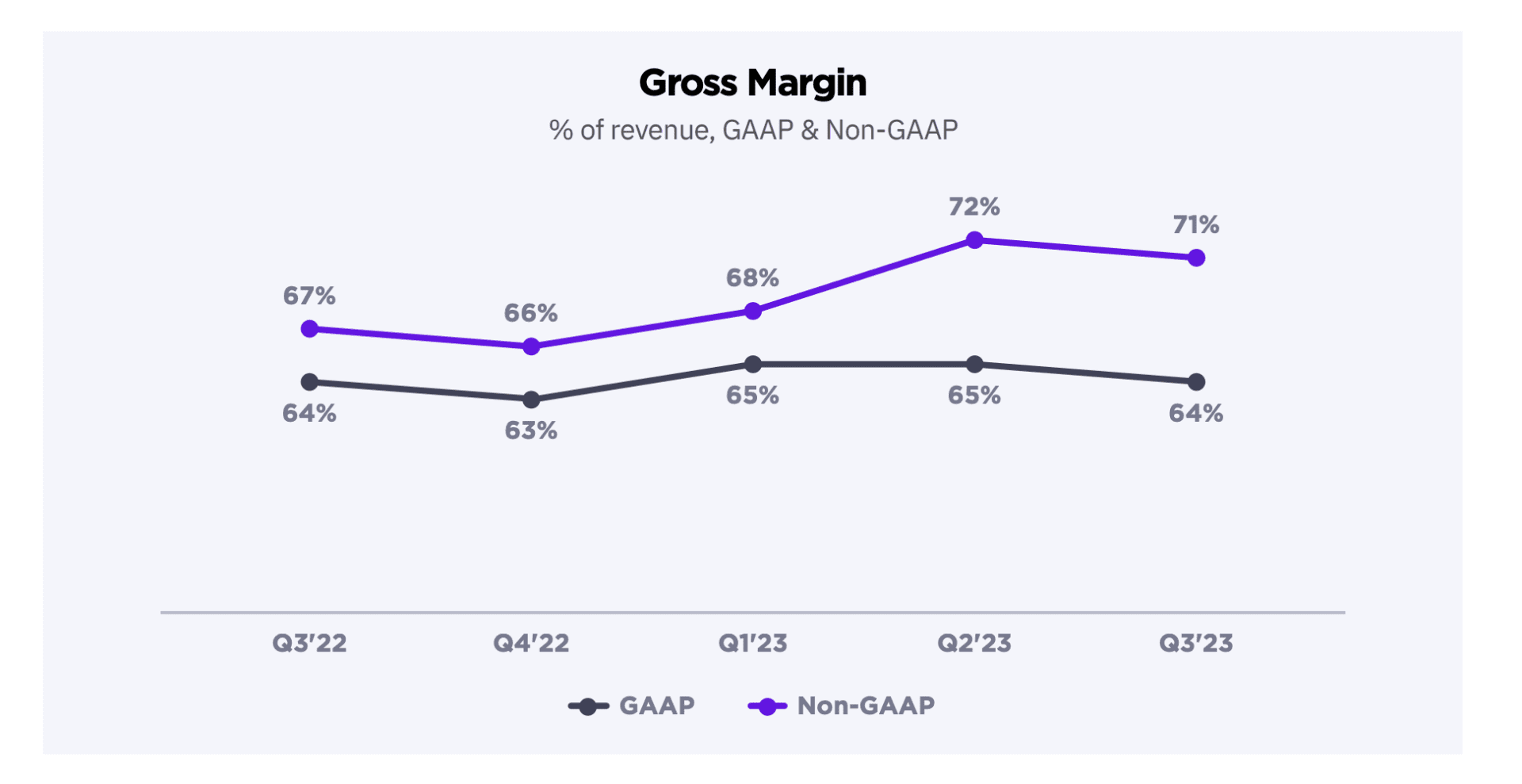 And a few other learnings:

#6. Getting More Efficient, But Still Spending 73% of Revenues on Sales & Marketing.  SentinelOne is still investing very aggressively on the sales and marketing sides in growth.  The product doesn’t sell itself — or at least not at this 100%+ growth rate.  Very few if any products really sell themselves, especially at scale :).  SentinelOne’s operating income is less negative than a year ago, but still pretty negative.  It remains a big bet on current and future growth.  Which is slightly out of fashion in today’s world. 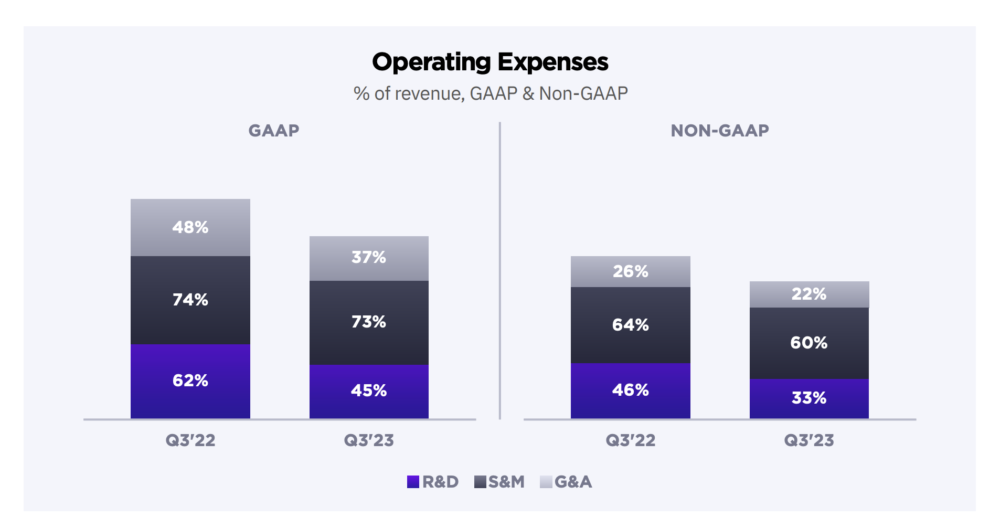 #7.  Pretty Much a Rocketship — Sentinel One is Just 10 Years Old, And Only in Market for 8 Years!.  SentinelOne was incorporated in January 2013.  Getting to $500m ARR growing over 100% in just 10 years from incorporation and more relevantly, just 8 years since launching their first product … well it’s not a record.  But it’s close! 🙂 It’s definitely one of the fastest-growing we’ve seen.

#8.  90%+ of Revenue from Channel Partners.  Only 10% is from direct sales.  A hugely different model from many of us.  Most of SentinelOne’s revenue comes from Managed Security Service Providers that provide on overall security service to customers.  Being a top vendor to these MSSP’s is not only critical to SentinelOne’s GTM, but an important moat. They can only recommend and deploy just so many vendors.

And a few others in this series: 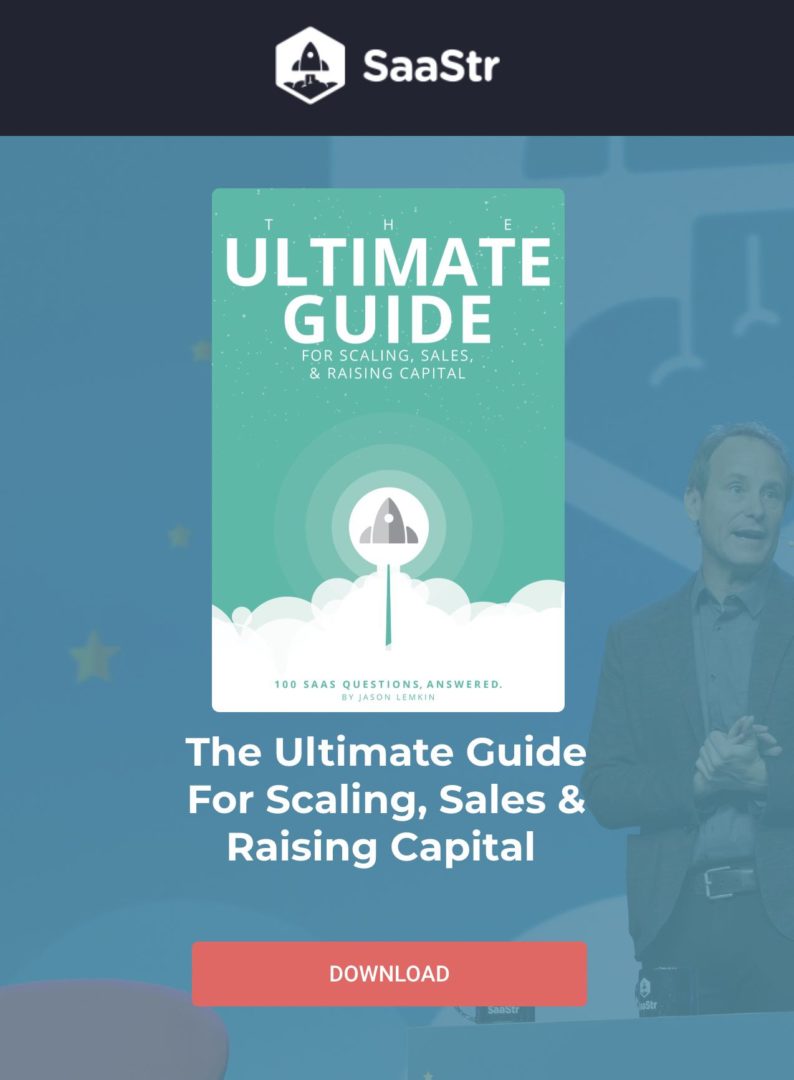