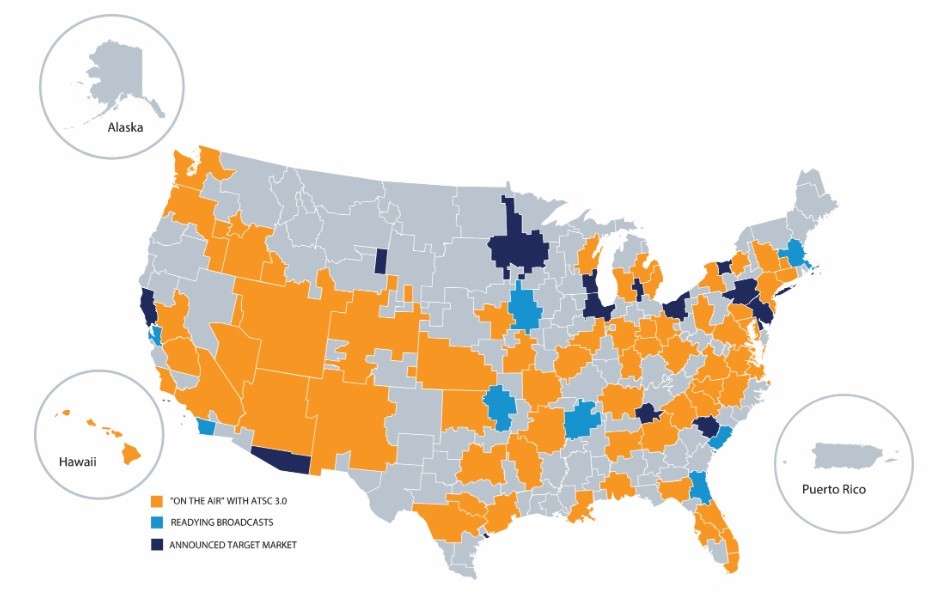 Ten years ago the Open Mobile Video Coalition was touting its plans to deliver free over-the-air television to mobile devices and automobiles. At the time, OMVC was seen as the realization of a dream of delivering video to cars – front seat and back.

The dream didn’t last long and the plans for ATSC M/H brought to the market by the OMVC died and with them the hopes for delivering a shot in the arm to the moribund automotive aftermarket. Those dreams are now being realized with the onset of ATSC 3.0 from the Advanced Television Systems Committee which exhibited at the Consumer Electronics Show – CES 2023 – last week.

Perhaps even more important, though, is the key role the automotive industry is likely to play in the ongoing and widespread adoption of ATSC 3.0 in the U.S. and a handful of other geographies globally. Since the average television consumer is unlikely to ask for ATSC 3.0 in their next television set, it is most likely that auto makers will be in position to drive adoption and awareness of the new tech. (For home TV reception broadcasters will continue to support both the current ATSC 1.0 and the new 3.0 standards.)

With larger vehicles arriving in the U.S. market creating opportunities for both rear and front-seat entertainment, ATSC 3.0 presents a unique fore market and aftermarket opportunity. Car makers – most notably Hyundai, likely to be the first – will accelerate plans to introduce ATSC 3.0, while installers will be looking for aftermarket offerings – which are growing in number.

ATSC 3.0 arrives just as the likes of Kenwood/JVC, Alpine, Pioneer, Kicker, and other aftermarket players decamped from CES 2023 in favor of KnowledgeFest in February, according to the CEOutlook newsletter. The automotive aftermarket was hit hard once auto makers began building large-screen infotainment systems into their cars along with navigation and smartphone integration.

ATSC 3.0 may be a yawn for buyers of new digital televisions for their homes – but it represents a revelation for in-car solutions. The technology is particularly attractive for auto makers because it is suitable for datacasting of software updates – a solution rapidly sweeping the industry in the context of vehicles increasingly defined by large software portfolios.

ATSC 3.0 signals are already available to two thirds of the continental U.S. population focused around major metropolitan areas with nationwide coverage in sight by 2025. The technology offers a first-time experience for drivers and their passengers carrying, as they will, enhanced audio and video, local emergency communications, positioning assistance, and software updates. And, best of all, it is free. More importantly, it has already been tested in Michigan and elsewhere, proving the technology is robust and market ready.

CES is Back, but is the Market?

CES 2023 and all things cycling