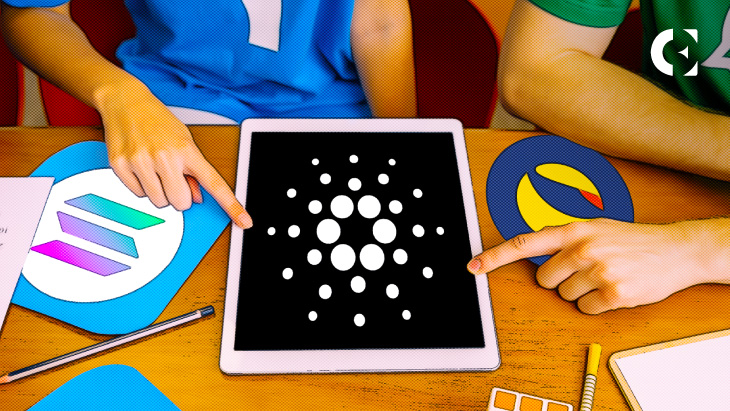 Cardano founder Charles Hoskinson criticized crypto YouTubers who do not give his project a fair representation. In a tweet, Hoskinson said that the acclaimed analysts use biased sources to pursue their programs.

Hoskinson joined other members of the Cardano community who expressed their disapproval of Ran Neuner’s predictions in one of his “Crypto Banter” YouTube sessions. In a video, Neuner categorized blockchain Layer 1 projects, ranking them based on data compiled by Electric Capital, a company co-founded by Avichal Garg, a self-acclaimed NFT maximalist.

Electric Capital used developers’ activity as a yardstick to rank Layer 1 blockchains, placing Hoskinson’s Cardano far behind several other competitors. According to Neuner’s interpretation, apart from Bitcoin and Ethereum, blockchains like Solana, Polygon, Cosmos, and Polkadot are ahead of Cardano in this regard.

A Cardano supporter with the Twitter identity Chris O. described Neuner’s report as “dishonest.” According to him, Neuner has no integrity and has the habit of promoting a Venture Capital (VC) report that lies about developers’ activity. He questioned the report, considering that Cardano maintained a top daily GitHub commit for most of 2022.

Chris perceived Neuner’s activity to be criminal. In his opinion, Neuner used a profit-oriented VC report to represent facts and truth, an act for which he can be prosecuted as the offender of a financial crime in the United States.

Several other responders faulted Neuner’s analysis, berating him over some wrong calls he had made before. One reminded the community of his previous claim defending FTX. Also, about his deliberate shilling of Solana, perhaps for personal reasons.

Almost all the responders to Neuner’s original tweet disagreed with his analysis. This includes an account that provided a recent report from GitHub that ranked Cardano as the number 1 blockchain in daily development activity.