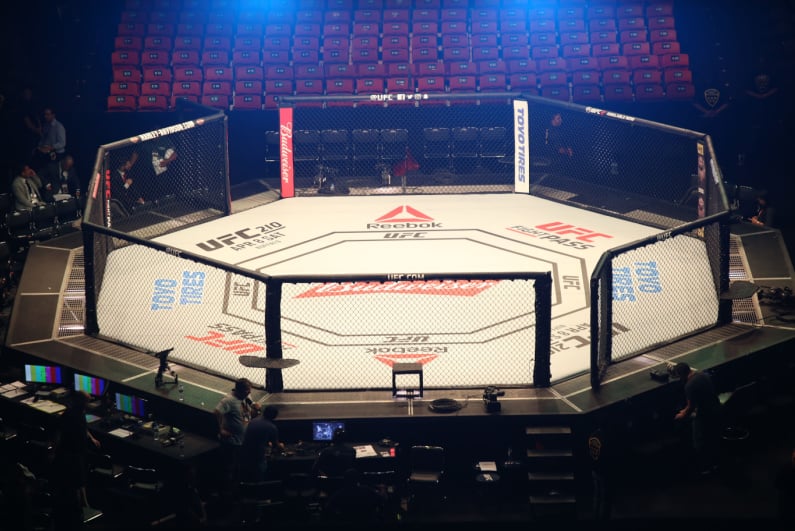 UFC flyweight Jeff Molina is said to have had “substantial involvement” in a betting scandal.

in cahoots with an offshore sportsbook

Molina was put on temporary suspension last month for an unspecified reason. Now it is clear that the reason was his relationship with Krause, who was in cahoots with an offshore sportsbook. His suspension has already been extended.

The controversy began during a November 5 fight at UFC Vegas 64 between Darrick Minner and Shayilan Nuerdanbieke. Sportsbooks in several states received abnormally large wagers that Minner would lose within two-and-a-half rounds and eventually pulled betting lines out of concern for nefarious activity. Unsurprisingly, Minner lost via TKO 1:07 into the first round.

Minner and Krause were both suspended shortly after the fight. Molina, a self-proclaimed “MMA gambling degenerate,” has now joined them on the list of exiles.

Krause was a known sports gambler and hosted the “1% Club” podcast, a sports betting-themed talk show. All of that was permitted by UFC bylaws and was supported by Molina.

“[Krause] trained w/ a lot of the fighters, lives and breathes this sport as a coach/fighter, & at times has the scoop on injuries — non-announced matchups — how fighters look like in camp, etc.,” Molina wrote in a 1% Club Discord channel. “In stocks this is called insider trading in MMA betting it’s called James Krause. For the last 6 months all my bills including mortgage and car note have been paid via Krause’s picks.”

Minner and Krause were only suspended for failing to disclose a leg injury on the former’s pre-fight medical forms. However, Bekker said that the ongoing investigation is related to a “gaming scheme.”

All of Krause’s fighters were informed on December 2 they were banned from competing in UFC-sanctioned events until the probe was finished. That included Molina, who had won ten straight fights and his first three UFC bouts and is the No. 14-ranked flyweight in the UFC rankings.

In October, the UFC sent a memo to fighters that they were no longer allowed to place wagers on UFC events:

Despite that, Molina said via social media on December 25 that he was suspended for “betting on UFC just like half the roster does.”

Minner denies any wrongdoing leading up to and during his fight, during which he furthered his injury. A doctor confirmed that he tore ligaments in his knee.

Krause’s podcast and Discord channel have both been shut down in light of the investigation. He is on record as saying last August that he bets on every UFC card and usually bets on every fight, including those involving fighters he trained.

Krause also acted as an agent for a Costa Rica-based sportsbook. He allegedly set up accounts and made payments for bettors and has admitted involvement in gambling groups.