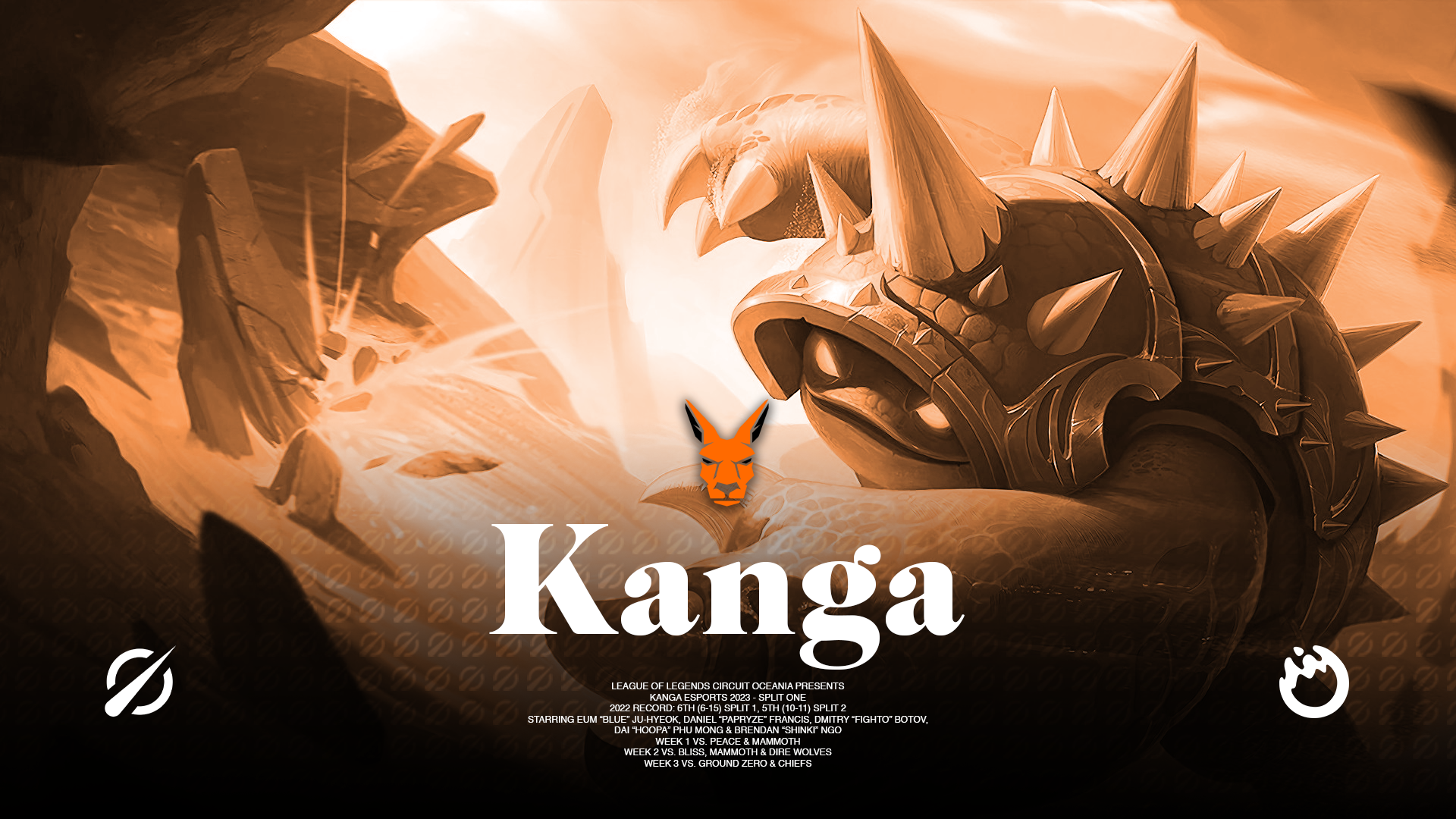 The start of the LCO 2023 season is imminent. Teams around the league are revealing their challengers as they look to take on the extended road to MSI and Worlds.

After a promising end to season 2022, Kanga Esports enters their second LCO season with a refreshed line-up looking to continue the form they ended their maiden campaign with.

Dmitry “fighto” Botov returns for his second campaign with Kanga. The mid laner, previously known as Bdoink, returned to competitive play after an extended hiatus in the middle of Split 1 2022, becoming the new starting mid.

His arrival was felt immediately, but it was in Split 2 where fighto showed just how much potential he possessed. Behind the efforts of fighto and the squad, Kanga moved from a week four 2-6 record to 10-11 by the end of the split, falling agonisingly short of a DreamHack appearance in a loss to Pentanet.

Joining him is a series of both new and established talents. Jungler Bryce “Meifan” Zou and substitute top laner Daniel “Papryze” Francis join from Mammoth. The pair were the two standout stars on that team and will be looking to continue their success at their new home.

The bot lane will see the first full-time start for bot laner Dai “Hoopa” Phu Mong. Hoopa made his professional debut in Split 2 of last year with Order, as he substituted in for a fortnight in place of Nathan “Puma” Puma.

In his four starts, he went undefeated with an impressive 5.57 KDA, showing he has the potential to become the region’s next top ADC talent.

Brendan “Shinki” Ngo will join Hoopa in the bot lane: the support returns to the league after a one-split sabbatical, previously applying his craft with the Dire Wolves and Mammoth at a professional level. The two should complement each other well, and become a real threat in the bot lane.

True rookie Juhyoek “Blue” Eum joins as the team starting top laner. This will be the 18-year-old’s first foray into professional competitive play, and based off rumblings, has the potential to be the next titan in the top lane — if given enough time and practice.

Kanga raised plenty of eyebrows after their split two finish, and with a fresh new format and the momentum of 2022 behind them, are a force to be reckoned with.

They are expected to hang with most of the league on their day and — should everything slot into place — will very likely contest for playoffs in Split 1.

The 2023 LCO Split 1 approaches, and over the coming week Snowball Esports will introduce each and every time ahead of the season opener. Follow Snowball Esports for the up to date details and predictions as season 2023 begins.