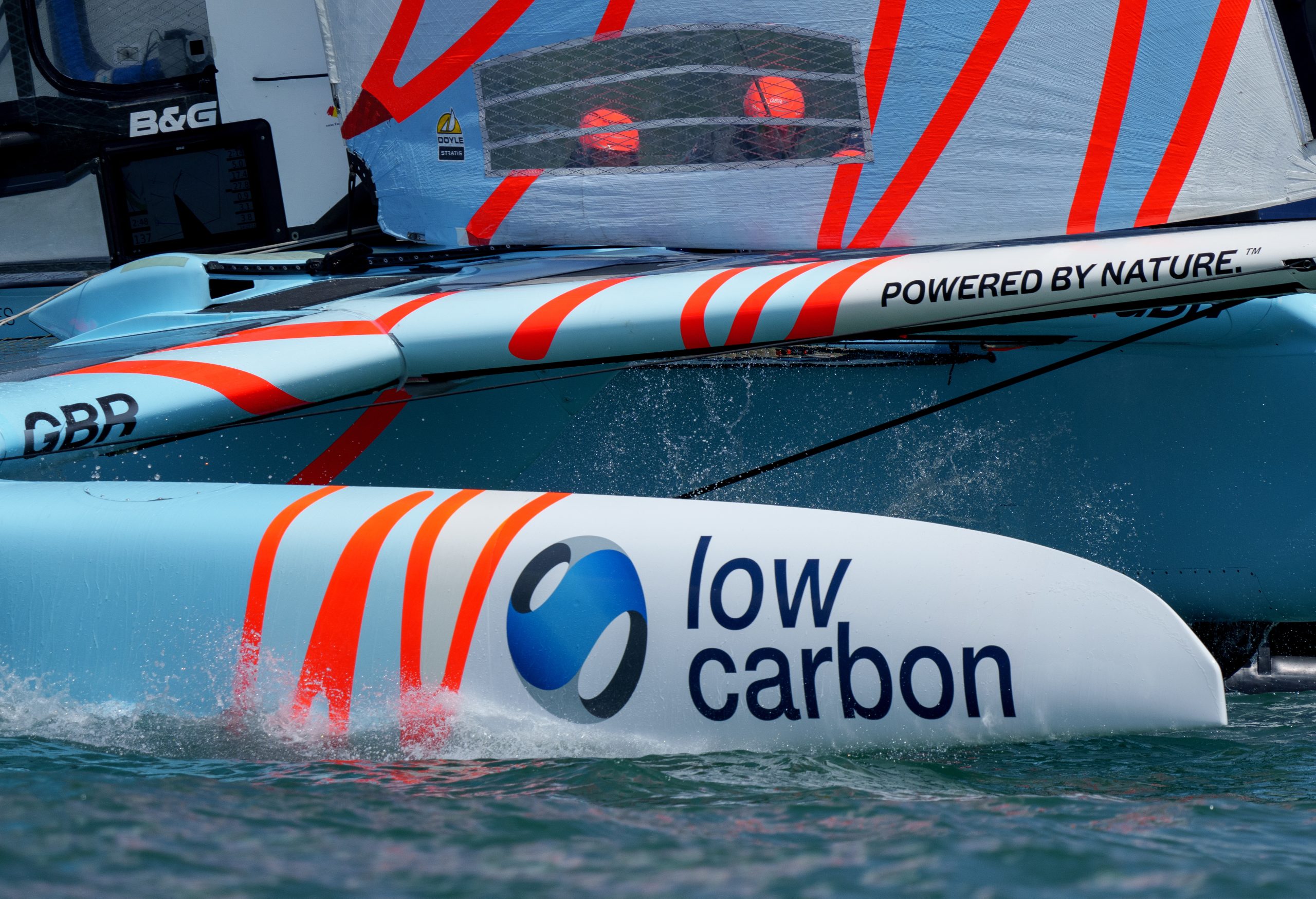 Founded by Chief Executive Roy Bedlow in 2011, Low Carbon is working to generate 20 GW of renewable energy by 2030. To put this into context, this would be enough energy to power more than 7 million homes, which equates to  powering every home in every city visited by the SailGP tour this season. Simultaneously the company has a target to reach net-zero energy across all measures by 2030. The longstanding certified-B Corporation was recognised as ‘Best in Class’ in the environmental category in 2022 for its impact and contribution to switch the world to 100% renewable energy in the fight against climate change.

The ground-breaking partnership will see The Great Britain SailGP Team collaborate with Low Carbon to:

Hannah Mills OBE joined The Great Britain SailGP team straight after her historic Olympic victory in Tokyo, 2021, as an IOC Sustainability Ambassador and founder of the Big Plastic Pledge. Fresh from returning to racing with team after the birth of her first child three months ago, Hannah believes you need to be more than just an athlete, she commented: “With the rise of social media and the visibility and the reach that many athletes have, we have a huge opportunity to use sport to generate climate momentum. Athletes and sport have to lead by example, and we need to build powerful communications platforms to spread the message – Low Carbon will help us to do both.

“This innovative partnership will help us connect to our fans, create climate champions across the globe and help us win the Sail GP Impact League and become the world’s most sustainable elite sporting team.”

Low Carbon has a long history with Ben Ainslie having previously partnered from 2014-2017 for the 35th America’s Cup. The partnership included Low Carbon delivering a high-capacity solar panel installation at the National Museum of Bermuda to 100% offset the team’s energy consumption for their 8 months stay on the small Island situated in the North Atlantic Ocean.

Low Carbon Founder and Chief Executive Roy Bedlow is passionate about the connectivity of high-performance sport and business and the role sports can have in communicating the need for action in the climate crisis. Commenting on the partnership he says: “Sport has the ability to inspire like nothing else. Ben, Hannah, and the team live and breathe sustainability and climate action and will be incredible partners for our company. Low Carbon is solely focused on fighting climate change. This focus drives us to pursue excellence in all we do and, by partnering with The Great Britain SailGP Team, we have a historic opportunity to achieve measurable breakthroughs in climate action in this decisive decade for the planet.”

With the 1851 Trust, who are the purpose partner to The Great Britain SailGP Team, the team have declared their ambition to support over 3 million young people take action to protect nature, people, and the planet through the Protect Our Future climate digital education platform. Low Carbon will support the 1851 Trust for the next three years to produce world-class, climate-focussed education resources, to inspire and enable young people to act, whilst building global communities of climate champions.

The Great Britain SailGP Team CEO & Driver, Sir Ben Ainslie, said: “Low Carbon was one of our first partners back in 2014 and we are delighted to be continuing the journey with them. They are the perfect partner that brings both commercial value but also a key focus on purpose, to help drive positive climate action at scale. We can’t wait to start working with Roy and the team again.”

Low Carbon was established in 2011 with one goal in mind: to make the biggest contribution possible in the fight against climate change. The aim is to make a defining contribution to the historic effort to move the world to 100% renewable energy.

Low Carbon are a long-standing certified B-Corporation, and recognized as Gold Standard for their environmental impact. Low Carbon’s climate ambitions are to become one of the world’s first major net-zero energy companies and to have created 20GW of new renewable energy capacity by 2030.

Low Carbon is on a mission. Together, we will power tomorrow.

ABOUT THE GREAT BRITAIN SAILGP TEAM:

Ben Ainslie holds the majority ownership of The Great Britain SailGP Team which is using its platform to change the sports sponsorship model in order to bring together groups of like-minded companies, who want to collaborate and accelerate change for a wider purpose. The Great Britain team are also committed to accelerating gender equality across the sport with the teams Athena Pathway Programme run by Hannah Mills – the most successful female Olympic athlete in the world of sailing, and IOC Sustainability Ambassador.

SailGP teams are supported by Race for the Future partners who share their personal values and commitment to deliver impact for a better future.  The Great Britain teams Race For The Future Partner is the 1851 Trust’s Protect Our Future platform which aims to empower young people with the scientific knowledge to combat climate change.

The 1851 Trust is a game-changing education charity working to raise science capital across society through inspirational context-based learning. The charity is chaired by Dame Louise Makin and Her Royal Highness the Princess of Wales is its Royal Patron.

The 1851 Trust was launched by Sir Ben Ainslie and Sir Keith Mills in 2014 and is named after the first year of the Americas Cup race. STEM Crew, the charity’s transformational education programme designed to engage young people in STEM subjects through the power of sport, is used by 50% of secondary schools across the UK. Content and funding partners for the STEM Crew programme have included SailGP, The FA, Henri-Lloyd, AQL, Garfield Weston Foundation and Lloyd’s Register Foundation.

The vision of Protect Our Future is to empower young people everywhere with science-based knowledge to protect our future.