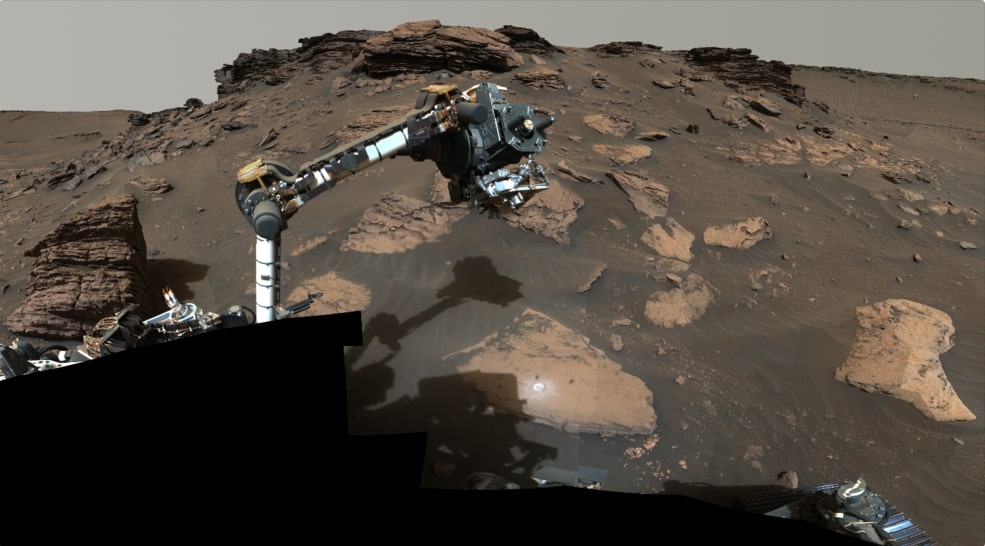 NASA’s Perseverance rover is collecting many organic material rich rock-core samples. They are sampling a top prospect for finding signs of ancient microbial life on Mars. The rover has collected four samples from an ancient river delta in the Red Planet’s Jezero Crater since July 7, bringing the total count of scientifically compelling rock samples to 12.

“Wildcat Ridge” is the name given to a rock about 3 feet (1 meter) wide that likely formed billions of years ago as mud and fine sand settled in an evaporating saltwater lake. On July 20, the rover abraded some of the surface of Wildcat Ridge so it could analyze the area with the instrument called Scanning Habitable Environments with Raman & Luminescence for Organics & Chemicals, or SHERLOC.

SHERLOC’s analysis indicates the samples feature a class of organic molecules that are spatially correlated with those of sulfate minerals. Sulfate minerals found in layers of sedimentary rock can yield significant information about the aqueous environments in which they formed.

What Is Organic Matter?

Organic molecules consist of a wide variety of compounds made primarily of carbon and usually include hydrogen and oxygen atoms. They can also contain other elements, such as nitrogen, phosphorus, and sulfur. While there are chemical processes that produce these molecules that don’t require life, some of these compounds are the chemical building blocks of life. The presence of these specific molecules is considered to be a potential biosignature – a substance or structure that could be evidence of past life but may also have been produced without the presence of life.

In 2013, NASA’s Curiosity Mars rover found evidence of organic matter in rock-powder samples, and Perseverance has detected organics in Jezero Crater before. But unlike that previous discovery, this latest detection was made in an area where, in the distant past, sediment and salts were deposited into a lake under conditions in which life could potentially have existed. In its analysis of Wildcat Ridge, the SHERLOC instrument registered the most abundant organic detections on the mission to date.

Brian Wang is a Futurist Thought Leader and a popular Science blogger with 1 million readers per month. His blog Nextbigfuture.com is ranked #1 Science News Blog. It covers many disruptive technology and trends including Space, Robotics, Artificial Intelligence, Medicine, Anti-aging Biotechnology, and Nanotechnology.

Known for identifying cutting edge technologies, he is currently a Co-Founder of a startup and fundraiser for high potential early-stage companies. He is the Head of Research for Allocations for deep technology investments and an Angel Investor at Space Angels.

A frequent speaker at corporations, he has been a TEDx speaker, a Singularity University speaker and guest at numerous interviews for radio and podcasts.  He is open to public speaking and advising engagements.

How will the crypto tax debate play out in the UK?