Make sure to check these things off your Season 2 bucket list as Overwatch 2 gets ready to wrap things up and head into Season 3.

The Overwatch 2 Season 2 gave us access to a lot of cool things. In addition to the many new events and small hero changes, we also got access to a new hero. However, Overwatch 2 has to move on, which is why Season 3 is just around the corner.

Even though Season 2 in Overwatch 2 had a lot of good things, some people weren’t happy with the way certain worked. Before we see whether Blizzard will address this and provide users with the changes they want, here are a couple of things that you can do during the last few days of Season 2. 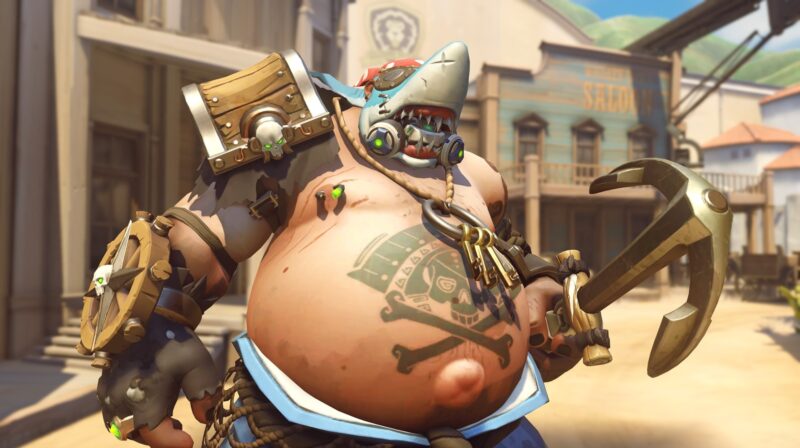 If there is one thing that people don’t like about Overwatch 2 Season 2, it has to be Roadhog. This has been the go-to tank for 2 seasons in a row, and he is one of the strongest tanks in the game. His insanely-high HP and the ability to one-shot pretty much every DPS and Support allow players to win their games a lot easier than before.

Although the Overwatch 2 community alarmed Blizzard about Hog’s power in Season 1, the team didn’t make any changes in S2. In fact, the company said that the changes to Roadhog are just around the corner, but so far, we haven’t received everything.

Truth be told, most Overwatch 2 tanks are solid in the current meta and can carry their team to success. However, Hog is on another level because he can one-shot everyone. Furthermore, killing a Hog with a pocket healer, such as Mercy, is often easier said than done.

It will be interesting to see whether the hero will finally receive the nerfs he deserves and what’s going to happen. Until then, make sure to make the most out of him and pick the hero to win your games. Roadhog is undoubtedly the easiest hero to boost yourself with.

Use the Sojourn and Mercy combo as much as possible

When talking about Season 2 in Overwatch 2 and powerful heroes, most people only mention Roadhog, for a good reason. However, he is not the only “broken” hero in the current meta that can carry his team. This title also goes to Sojourn when she is paired with Mercy.

Sojourn is (currently) the only new DPS hero in Overwatch 2, and she was an absolute beast during S1 and early S2. However, the multiple nerfs from the team made her feel less powerful than before. Luckily, players found an answer by pairing her with Mercy. Although the latter is usually a popular option for Pharah, she does a much better job with Sojourn.

Sojourn and Mercy are insanely strong together because of the damage boost. Overwatch 2’s newest DPS hero is really powerful on her own, but when she gets the extra damage, she can easily destroy any target, including tanks. In fact, these 2 heroes have enough damage to bring down even the tankiest characters in Overwatch 2.

With that said, it seems like Overwatch 2 Season 3 will address this combo, and it won’t be as powerful as before. According to a tweet from Jodie Grace, “changes are coming”, so we can’t wait to see what will change.

Brigitte will need a new ultimate

Even though Overwatch 2 changes a lot of things about some of our favorite heroes, not all of them got the changes that we wanted. Some heroes became more interesting and stronger, but there are also names like Brigitte, who isn’t that good right now. Despite the recent buff to her shield, she continues to be the worst support in the game, which is why you won’t see her that often.

One of the problems with Brigitte in Overwatch 2 is her ultimate. Even though it is strong in many situations, there are cases where it could be better. Consequently, some people from the Overwatch 2 community have been asking for a re-work. Who knows, Season 3 might give us access to an entirely new Brigitte ultimate, and the hero may become the go-to option in the new meta.

Overwatch 2 Season 3 may give players access to weekly comms

When talking about Overwatch 2 and the potential changes, there are a couple of names that are active on Twitter and provide the community with a lot of information. Jared Neuss is one of them, and his tweets have helped a lot. In one of them, he said that the Overwatch 2 team has the idea to host weekly or biweekly comms.

According to some sources, Season 3 in Overwatch 2 should arrive around February 7 this year, which means we have 2 more weeks until Season 2 comes to an end. Unsurprisingly, it will be interesting to see whether Blizzard will make all the changes people hope for. It seems like the devs and the entire Overwatch 2 teams are keen on improving the game, so we’ll have to wait and see.

In addition to Season 3, 2023 should give us access to tons of other things that we can’t wait for. Aside from the potential new heroes, maps, game modes, and so on, we will also have access to an event called European Invitational. This will be one of the biggest Overwatch2  events in Europe in early 2023, and it will take place in Paris. Make sure to follow us for more Overwatch news, tips and tricks!