Rise of the position 4 Riki: How the Stealth Assasin has become one of the supports of the meta

The Stealth Assassin Riki, who was hardly picked in the professional scene last season, is back in a role he was popular in years ago.

Somewhere in 2017 or 2018, when Cloack and Dagger was a non-ultimate skill and Riki could get invisibility at level 1, the hero was a good candidate as a roaming position 4 support, especially when the enemy team had a jungler in their ranks. RIki could disrupt their farm, and could also make undetected rotations early in the game. But in Dota 2 patch 7.23, Cloak and Dagger was made the ultimate and Tricks of the Trade was made a non-ultimate skill, which shut the door on the support Riki.

Years later, the hero has found favor in the role again, but this time, due to a completely new skill – Sleeping Dart. That is the ability Riki gains from his Aghanim’s Shard, and that has made him one heck of a support in the Winter Tour of the 2023 DPC season. Dota 2 statistician Ben “Noxville” Steenhuisen, the creater of datDota, put the numbers on Riki after the first week of the Division I DPC Leagues came to an end.

At the time of writing this article, Riki has 19 games and 12 wins, boasting of a 63.16% win rate in the DPC Winter Tour. And of those, 17 have gotten the Aghanim’s Shard. The average Shard purchase time? 15.48 minutes, according to datDota! So players just wait for the time till the Aghanim’s Shard is available (at 15:00), and start smashing the Aghanim’s Shard option in the item shop from 14:50 (let’s be real, we’ve all done that).

So how is the new position 4 Riki played, and why is his Aghanim’s Shard such a hot commodity? Let’s dig a little deep to get some answers.

Sleeping Dart is a great initiation tool or a good way to keep an enemy hero out of the fight for 3 seconds. And upon waking up, the target takes damage, so Blink Dagger is disabled. It is the perfect setup for Smoke Screen, and for allies to jump onto an elusive target. The skill only has a 12 second cooldown, so as long as RIki manages to keep himself alive, there can be multiple Sleeping Darts in a team fight, disrupting the enemy team’s rhythm. 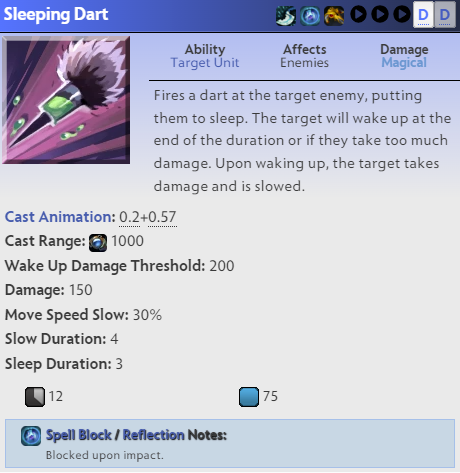 But of course, Sleeping Dart isn’t available till the 15 minute mark. What does Riki do till then? The laning stage is not where the Stealth Assassin shines as a support. There isn’t too much he can do in lane to disrupt the enemy carry, so the best thing to do is to pull the lane and keep it in a state where your offlaner can benefit the most from it. Whenever possible, go to the small jungle and stack the neutral creeps. Tundra Esport’s Martin “Saksa” Sazdov while playing Riki against ITB regularly brought the enemy wave between his Tier 2 and Tier 3 tower for his Tidehunter to farm. In the meantime, you can always Blink Strike and secure a creep that is about to be denied.

When the lanes break out and you hit level 6 around the 10 minute mark, the most important this to do is start working towards the 1400 gold which will unlock your position 4 potential. Most Riki’s will only have a Magic Wand and Boots of Speed before getting the Aghanim’s Shard, but in case you are having an amazing game, Arcane Boots can be bought before the Aghanim’s Shard. If you feel you’re significantly short on gold, as your cores to give you 3-4 creep waves to help you get there faster. Once you get the Aghanim’s Shard, it’s all about roaming, scouting, and making life misrable for the opposition heroes in team fights.

Another thing that can be done after you get Cloack and Dagger is to go beyond enemy lines and snipe couriers. Tricks of the Trade can kill couriers, so Riki can be quite good at it.

The initial skill for Riki in the position 4 role is always Blink Strike. It can help in securing a surprise Bounty Rune at the start of the game, or getting that creep that is about to get denied in the first couple of waves. After that, it is quite standard to go Smoke Screen and then a point in Tricks of the Trade. But the skills taken at level 2, 3 and 4 vary with the lane. Sometimes, it is better to get an early Tricks of the Trade to dodge certain enemy skills. But in any case, Blink Strike needs to be maximized at level 7. The skills builds for Team Liquid’s Samuel “Boxi” Svahn and Talon Esports’ Chon Kien “Oli” Chan are shown below for their DPC games against Tundra and BOOM Esports respectively (Oli is actually a position 5 support, which shows it isn’t uncommon to have a position 5 Riki, but more often than not, he is played in the position 4 role). Their path is slightly different, but both arrive at 1-4-1-1 at level 7. There’s a massive reduction in the Blink Strike charge replenish duration as the levels increase (25/20/15/10 seconds going from level 1 to level 4 of the skill), and it helps Riki to get in and out of fights. Maximizing Blink Strike also helps Riki farm in the 10 to 15 minute period of the game.

The second skill to max out is Smoke Screen. Smoke Screen was buffed in Dota 2 patch 7.32c, with the radius increased to 375 at each level instead of increasing from 300 to 375, which is why it isn’t a necessity to max it out first. And the two Smoke Screen talents are available at level 10 and level 15, which make the AoE 435 and bring the cooldown to just 7 seconds! Smoke Screen lasts for 6 seconds, so at level 15, it has a downtime of only 1 second. Once Riki hits level 15, he has majority of the tools he needs to have the maximum impact in the position 4 role.

In the laning stage, the only items you need are Boots of Speed and perhaps a Magic Wand depending on the lane. If the opposition heroes in the lane are not spell spammers, you could perhaps forgo the Magic Wand and go for an early Arcane Boots. All four of Riki’s abilities are active, and with an intelligence gain of just 1.3, he can run into mana issues.

After the laning stage, it is all focused towards getting the Aghanim’s Shard. That is typically followed by disassembling Arcane Boots and getting an Aether Lens. The additional range is great for putting enemies to speep from afar, and even for adding range to initiating with Blink Strike. After that, it is a bit more open ended. Boxi and Oli both went for a Blink Dagger to provide additional initiation potential, while Saksa in the recent game against ITB went for a Force Staff and Octarine Core.

There are lot of tricks Riki can do in the position 4 role. He can get up on cliffs to deward or make an escape using Tricks of the Trade. You’ll probably end up warding more than a typical position 4 because of Riki’s ability to move stealthily around the map. The thing to resist while playing a support Riki in pubs is to make core items and attempt to transition to a core. Remember, in this role, he isn’t the Stealth Assassin; he’s just the Stealth Sleep Inducing Clound Generator.