The West doubles down on aiding Ukraine with heavy weapons 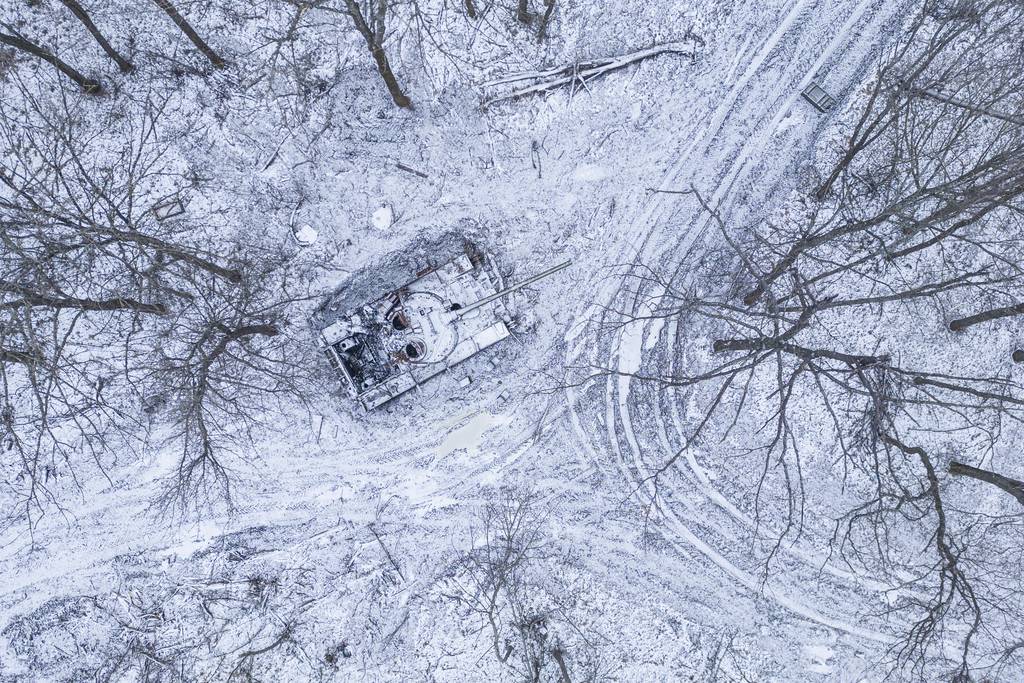 WASHINGTON ― Weeks before the first anniversary of Russia’s invasion of Ukraine, Western officials agreed to send a flurry of offensive armored vehicles to Ukraine’s battlefields that they previously refused to deliver for fear of provoking Russia — heralding a new phase of international support for Kyiv.

Plans to send yet heavier equipment designed to win maneuver battles are expected to come to a head this week, as defense leaders huddle in Ramstein, Germany, on Friday to discuss the war and pledge new contributions. They follow Western assessments that the fighting has become a virtual stalemate and that Ukraine will need intensified backing to punch through.

The Pentagon’s undersecretary for policy, Colin Kahl, told reporters Wednesday that because Russian forces have dug in and fortified their forward line, the U.S. and other allies feel spurred to pledge infantry fighting vehicles and other mechanized capabilities. Ukraine can either change the battlefield dynamics of the fighting will continue on as “grinding slog,” he said.

“To really enable Ukrainian forces to break through, given Russian defenses, the emphasis has shifted to combined fire and maneuver in a way that will prove more effective,” Kahl said, adding it’s the best way to change the static lines amid the ongoing “brutal” fighting.

Ahead of Defense Secretary Lloyd Austin’s meetings with German officials on Thursday and other allies at Ramstein, Kahl said the U.S. is considering American-made M1 Abrams tanks and Stryker armored fighting vehicles. But for now, Washington is still disqualifying the Abrams for Ukraine because of its fuel, maintenance and training needs.

“The Abrams tank is a very complicated piece of equipment,” Kahl said. “It’s expensive, it’s hard to train on, it has a jet engine. I think it gets about 3 gallons to the mile on jet fuel. It is not the easiest system to maintain. It may or may not be the right system, but we’ll continue to look at what makes sense.”

Meanwhile, the U.K. became the first country to commit to sending Western-made tanks to Ukraine with a pledge of 14 Challenger 2 platforms.

Poland and Finland have offered to send German-built Leopard 2 tanks to Ukraine, subject to approval by Germany. Roughly a dozen countries operate the Leopard and have the potential to add to the supply. But Germany, like the U.S., has held back.

Analysts were describing a change in Germany’s tone as the week progressed, predicting that the government, with a fresh defense minister in place as of Thursday, might use the Ukraine donor group forum at Ramstein Air Base on Jan. 20 to announce tank aid — either involving the newer generation or older Leopard 1 types.

Armin Papperger, chief executive of Rheinmetall, which makes the tank in conjunction with Krauss-Maffei Wegmann, had said days earlier that getting the newer-generation tanks war-ready from storage would take until 2024.

But speaking to delegates at the World Economic Forum in Davos, Switzerland, German Chancellor Olaf Scholz resisted the mounting international pressure and said Berlin would not take steps without Washington.

Also at Davos, Ukrainian President Volodymyr Zelenskyy made a personal appeal for Western tanks, saying they must arrive ahead of any Russian mobilization drive. Ukrainian officials have been warning they expect Moscow to call up more conscripts in the coming weeks.

“The supplying of Ukraine with air defense systems must outpace Russia’s next missile attacks. The supplies of Western tanks must outpace another invasion of Russian tanks,” he told delegates to Davos via teleconference.

Speaking afterward, Polish President Andrzej Duda said he fears Russia is preparing to launch a new offensive in Ukraine within months, and that it is time to provide Kyiv with modern tanks and missiles.

“They [Russian forces] are still very strong, and we are afraid they are preparing for a new offensive in a few months, so it’s crucial to send additional support to Ukraine, specifically modern tanks and modern missiles,” Duda said.

“We think now is the right time to intensify our support for Ukraine,” Britain’s foreign secretary, James Cleverly, said Tuesday while visiting Washington. “We can’t allow this to drag on and become a kind of First World War attritional-type stalemate.”

Joe Gould is the senior Pentagon reporter for Defense News, covering the intersection of national security policy, politics and the defense industry. He served previously as Congress reporter.