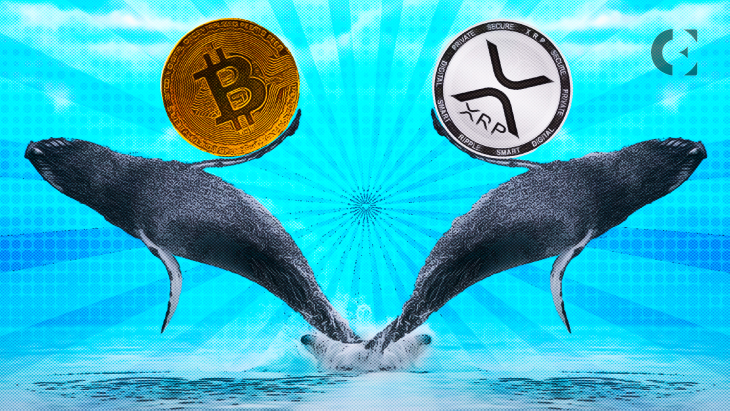 According to on-chain revelations by Whale Alert, the sudden movement of several transactions totaling over $363 million worth of Bitcoin (BTC) and Ripple (XRP) has been confirmed. As a result, trade in the respective tokens has moved in a sideways sentiment, according to data from Coinmarketcap.

Concretely, one “whale” sent 6,314 BTC, worth approximately $130,868,521, from an undisclosed wallet to the cryptoexchange Binance yesterday, making this the biggest of three significant crypto asset transactions on that day.

According to Whale Alert, 31,100,000 XRP were transferred from the cryptocurrency exchange Bitso to an unidentified wallet in a third transaction. The transfer brought the total value of XRP tokens from the business to $11,848,208 million.

Crypto analysts are trying to determine whether these trades indicate whales using the tokens for arbitrage, profit-taking, or positioning themselves for a price run.

However, according to market watchers, cryptotraders are nervous about the volatility. According to them, the considerable shift sets the stage for future price swings.