Until fairly recently, fintech startups from India that showed promise had to move their base to more favourable climates to get the sort of valuations, better fundraising opportunities, and better taxation structures.

Singapore, Dubai, and the US were all more promising locations to set up shop for industrious fintech startups from a country like India. This has been the norm for as long as people in the industry care to remember, yet slowly but surely, the status quo is changing for fintech startups in India.

As regulatory mandates and better business expectations present themselves back in the motherland, even the bigger fintech startups that originally hailed from India are looking to return home as the prospect of being headquartered back where their biggest business opportunities can be found becomes more likely.

PhonePe, the payments company that retail juggernaut Walmart acquired when it bought over Flipkart, became the first major outfit to relocate back to India from Singapore. It has registered itself in Mumbai as PhonePe Private Ltd, is in the process of de-merging from Flipkart and raising a new round of funding which has seen the company being valued at US$12.5 billion, more than double of the 2020 valuation for the Singaporean company of just US$5.5 billion. 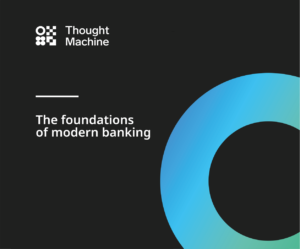 More and more fintech startups that originated from India are looking to move homewards as tightened regulatory requirements from the Reserve Bank of India (RBI) and capital markets regulator SEBI are insisting that profitable businesses need to set up Indian entities to carry out regulated businesses like insurance and lending.

But as more profitable entities with foreign ownership such as Razorpay, Groww and Cashfree cast their eyes towards a homecoming, there is an entire slew of fintech startups that are already based in India that are evolving financial services in the country.

Here’s a glance at five growth-stage fintechs set to enter the next phase of development in 2023. 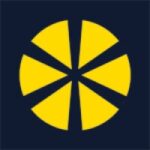 Multipl claims to be the first company to have created the ‘Save Now Pay Later’ (SNBL) concept, a derivative of the buy now pay later credit model that took the world by storm during the pandemic years. While ‘buy now’ encourages the use of credit, the SNBL trend builds on the existing tendency of Indians to save towards a future purchase.

Multipl is now one of a number of fintech startups in India to offer saving plans for major purchases and other large funding goals such as for a vacation, wedding, new electronics purchases, insurance premiums, and school fees. The difference is that users are incentivised in the form of rewards like discounts and cashbacks when their savings goals are met.

Multipl CEO and co-founder, Paddy Raghavan, explains that beyond rewards, investing funds into a Multipl systematic investment plan will then be poured into “curated market instruments like mutual funds to get good returns.”

Not only do users get returns from the market, the uniqueness of Multipl is that brands can co-invest with the user, such as a travel company subsidising 10 percent or adding a nominal amount on top of the user’s systematic investment plan.

“We monetize from the brands when a redemption with the brand happens,” explained Raghavan. “As SEBI registered investment advisor (RIA), we also can charge a fee to our users for the unbiased and expert investment advisory we provide. However, we are currently not charging the users.”

Multipl raised US$3 million in funding from Blume Ventures, GrowX Ventures, IIFL and Kotak Securities Limited last year. Since its launch in May 2020, the SNBL platform has over 200,000 users and over five billion rupees worth of savings goals created on the platform. 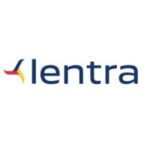 While digital lending is a big fraction of the fintech cake in a growing economy like India’s, acquiring credit information in such a market could be a challenging proposition, even for a bank.

Lentra’s cloud-based software-as-a-service cuts down on the time-consuming aspects of identifying borrowers, their credit histories and past transactional behavior by making much of it rule-based and automated, helping banks scale up to 95 percent of loan applications processed.

For the remaining five percent that needs human handling, Lentra has built online chat communication channels so that the bank’s loan backend can even be operational in smaller townships and cities. The software suite is also expanding with richer data reports, ability to schedule and partially disburse loans, and more.

“We got the whole nine yards for lending covered and in a manner that the banks can use immediately and in a way that it allows them to come in at a point that they think is useful to them and exit at a point that they think is enough for them,” the founder said. “It doesn’t force the bank to use any of our modules that they don’t want to use right now. If they want to solve a specific slice of the entire universe, they could do that on the platform. There are no compulsions that the platform dictates.”

Banks save by issuing loans to primarily creditworthy customers, while identity fraud is near zero where Lentra is used, according to Venkatesh. Lentra’s biggest funding round led by Bessemer Venture Partners, SIG and Citi Ventures occurred in November 2022, raising US$60 million to fuel its expansion across Southeast Asia including Vietnam, Philippines, Indonesia, and eventually the US. 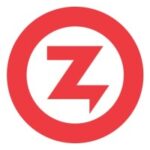 Zaggle Prepaid Ocean Services is a B2B2C software-as-a-service fintech firm that offers channel expense and incentive management services to enterprises, who in turn leverage the technology to digitise various operational processes that involve expenditures for their internal teams, vendors, and distributors.

Originally founded in 2011 in Mumbai, Zaggle has grown by leaps and bounds since first offering rewards and recognition programs for businesses, and has since moved on to providing software that manages both benefits and reimbursements. Zaggle co-founder and CEO Avinash Godkhindi says the next opportunity is in vendor management.

“The decisions about whom to pay, how much to pay, when to pay, where to pay, are invariably taken by business, not accounts,” says Godkhindi. “Accounts just executes it. That’s the problem that we are solving.”

Zaggle’s software makes it possible for the business decision maker to have a clear view of what’s happening with a payment, rather than just looking at emails and spreadsheets reporting. The solution makes a lot of sense, and today Zaggle technology touches around 2,000 enterprise customers and in the neighbourhood of 2 million end users.

The fintech’s software and mobile app are available in four Indian languages besides English, and Godkhindi expects to add more dialects as it serves its domestic market – thanks to strong partnerships with the likes of Infosys, Persistent Systems, Microsoft and various Tata Group companies in India, Zaggle has been profitable for three years.

“This year we’ll do even better and the company is fairly scaled up,” the cofounder and CEO outlined. There are plans in motion to offer its product lineup overseas, with some customers like edtech outfit Upgrad using Zaggle to facilitate certain payments internationally.

Godkhindi thinks his sector is set for explosive growth, with multi-billion-dollar valuations already for other spend management companies like Brex, Ramp and Spendesk. Zaggle wants to take the lead in the fast-emerging Indian space, and to that end is looking to raise more funds – having already raised about US$2 million in equity funding, and having filed initial documents to begin listing itself on stock exchanges in Mumbai.

Rupifi is said to be India’s first embedded finance company, powering B2B transactions for micro, small and medium enterprises (MSMEs) with its dual B2B BNPL and B2B Checkout products. Since its inception in 2020, Rupifi has gone on to disburse over 200 crore (20 billion rupees) worth of business loans, with a noticeable uptick during the Diwali festive season in late-2022.

Rupifi’s solutions power over two dozen B2B marketplaces in India such as Jumbotail, Retailio and Flipkart Wholesale, operating some of the best-in-India marketplaces across sectors such as agriculture, pharma, fast moving consumer goods, fashion, and electronics.

Working primarily with non-banking financial services to source for capital as well as to offer flexible digitally-enabled repayment options, the lending service provider witnessed a growth percentage of 407.7 percent compared to 2021 and is now present in 500-plus cities powering more than 150,000 MSMEs with working capitals ranging from 10,000 rupees (US$135) to 10,000,00 rupees (US$13,500).

“Online BNPL has been our core offering and contributed to the maximum growth value. However, offline BNPL has also picked up over the last couple of months,” elaborated Anubhav Jain, the cofounder and CEO. “Our product is embedded BNPL, which means no app is required to be downloaded by the borrower, and all transactions are integrated within the anchor app.”

Since its founding, Rupifi has raised had raised US$25 Million in a Series-A round from Bessemer Venture Partners and Tiger Global early 2022. 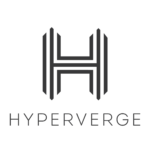 HyperVerge provides market leading eKYC ID verification for varied businesses but has a specialisation for industries like BFSI, crypto companies, telecoms, and e-commerce – “all segments that need to ascertain the identity of every customer or agent on their platform,” according to CEO Kedar Kulkarni.

The company streamlines the identity approval process with AI and machine learning, automating what would have taken days with forms and manual processing into minutes. Customers upload images from their ID documents and are instantly onboarded thanks to the AI-drive facial recognition system.

“Humans verifying face images was very slow and was not easily scalable, and our facial recognition system was able to identify faces with near perfect accuracies,” said Kedar. “Our homegrown AI ensures the customer has a great experience – many clients we work with have cut their approval times to as low as five minutes!”

Ranked in the top 10 by the National Institute of Standards and Technology of the US Department of Commerce, HyperVerge is also one of the trusted automated face recognition technologies when it comes to tackling fraud.

“Any digital process, we know, is prone to be attacked by organised fraudsters working together,” affirmed Kedar. “That’s why KYC, accurate identification of the customer at every stage, is at the core of our service.”