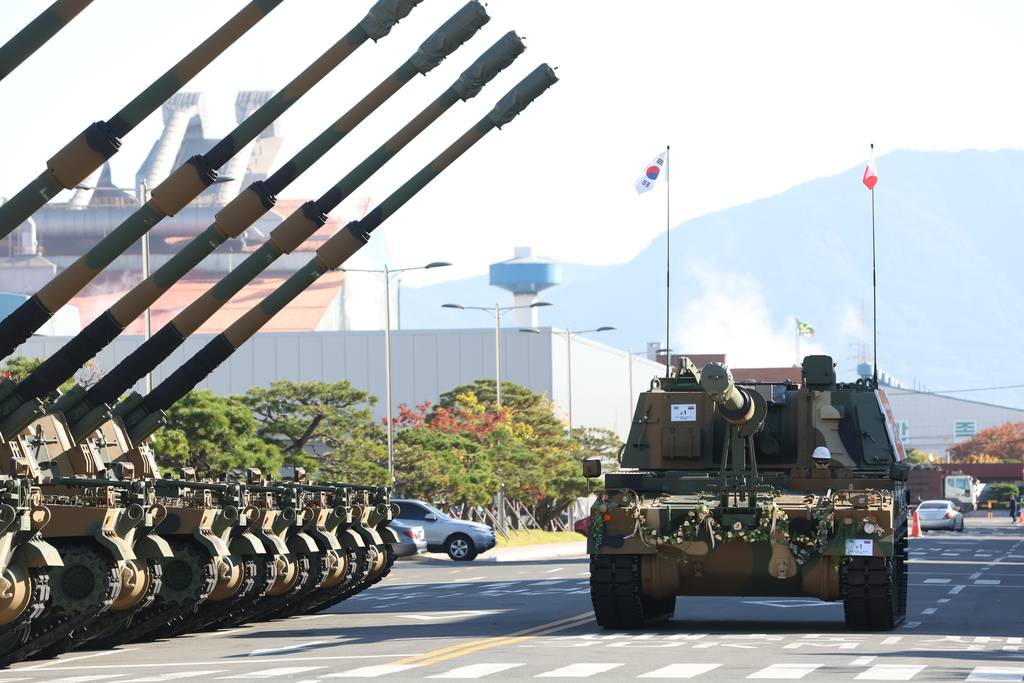 WARSAW, Poland — As Eastern European allies continue to invest in expanding their artillery fleets in response to Russia’s invasion of Ukraine, Estonia’s Ministry of Defence has announced it is placing an order for a further 12 K9 Thunder howitzers from South Korea’s Hanwha Defense.

Owing to the deal, the Estonian Defence Forces are to operate a total of 36 such weapons. The latest contract is worth about €36 million ($39 million), the country’s state-run Centre for Defence Investments said in a statement.

“Today’s war in Ukraine clearly shows how important indirect fire weapons are,” said Defence Minister Hanno Pevkur. “In light of the lessons learned in Ukraine, we have made quick decisions to equip both infantry brigades with additional K9 Thunder mobile howitzers and bring Estonia’s indirect fire capability to a completely new level.”

Poland also ordered the K9 Thunder, with the first batch of 24 weapons received last month. In total, Hanwha Defense is to deliver 212 K9 Thunders to the Polish military, and a further 460 howitzers could be manufactured by Poland’s defense industry under a license.

In December 2022, Estonia signed a contract with the United States to buy six M142 High Mobility Artillery Rocket Systems, or HIMARS, joining a rapidly expanding group of Eastern European allies who eye the weapons in the aftermath of Russia’s attack against Ukraine. The same month, Lithuania and the U.S. government inked a deal for as many as eight M142 HIMARS. The third Baltic nation, Latvia, also aims to purchase the systems for its armed forces.

Speaking on Jan. 6, Pevkur said that the three countries’ HIMARS acquisitions will bolster allies’ “interoperability [on] NATO’s Eastern flank” and represent “a milestone in developing long-range indirect fire capability” of their forces.

Jaroslaw Adamowski is the Poland correspondent for Defense News.