Kerala High Court on Publishing Judgments and Right to be Forgotten: Some Points to Ponder Upon 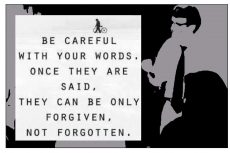 While remembrance often occupies a higher pedestal in our social setting, forgetting has its own charm! There is a reason muscle memory is often linked to remembering when forgetting may also require an active action!

Why all this philosophical fodder suddenly on an IP blog …

Well … there’s a (new?) right in the town called the right to be forgotten (“RTBF”), an antipode of the right to know (or a right to remember, by a logical extension?) which is a part of both Article 19 (right to free expression) and Article 21 (right to life) of the Indian Constitution. And within this binary of – to be known/remembered and to be forgotten, a lot can come, including what public documents can be published and what cannot be.

This is exactly what the Kerala High Court confronted recently in Vysakh K.G. v. Union of India & Anr. And Other Connected Cases while deciding on a litany of 9 litigations. In all the cases, parties claimed infringement of their right to be forgotten under the right to privacy by the uploading of court orders/judgments on the IndianKanoon website, a free Indian law search engine that provides access to central laws, cases, constituent assembly debates, law commission reports. Among other issues, the Court dealt with the question of, whether “Publishers of judgments, like Indian Kanoon, and other law journals, have no right to publish the details of parties ignoring the privacy rights of litigants which includes their right to be forgotten.” Answering the question in the negative, the Court noted that “Reporting and publishing judgments are part of freedom of speech and expression and that cannot be taken away lightly without the aid of the law.” Interestingly, this is not the first judgment saying so, last year, the Madras High Court in Karthick Theodre v. Registrar General (which the present Court also relied upon) also noted that “the “right to be forgotten” cannot exist in the sphere of the administration of justice particularly in the context of judgments delivered by Courts.”

The present Court did not take a firm stand on RTBF. Instead, it (as expected) acknowledged the broadness of the binary of the right to be forgotten and the public’s right to know that can only be resolved by a legislative intervention, and in some cases, by courts through a balancing test. So … how would such balancing be done? As Indian Kanoon has also nicely described in a FAQ format, an RTBF claim against publishing judgments is likely to fail unless the concerned law in the judgment requires otherwise. For instance, in a matrimonial matter, where the law mandates confidentiality of the parties involved, RTBF can weigh heavier than other opposing rights.

Another notable aspect of this case is how the Court defined privacy in the context of data made available by parties before the Court. As per the Court, it includes “data concerning the names of the party/parties and identifying their cause before the Court.” The Court here first showed the distinction between a right to privacy and a right to anonymity, saying that “Privacy … is essentially related to the contents of the information in the case. Anonymity on the other hand, … is a process of denying information to the public about the identity of the parties related to a case.” But then it deadens the distinction, noting that “Anonymity though is different from privacy, it becomes a facet of privacy when the cause and content in a case are identified with the parties in the lis.” What this means is that the whole judgment would not be removed (or forgotten); only redaction would be done to preserve the privacy right of parties. But if so … then what about the fact that (as the Court also noted), “There are different dimensions of the information before Courts which plays an integral role in encouraging fair and transparent decision making by the Courts, giving them legitimacy and contributing to the dissemination of information about the judicial process among the public.” This means that there can be judgments that, if redacted strictly to preserve the privacy/anonymity of parties, would result in ravaging the whole meaning of judgment, leaving it senseless for the public. In such cases, the (artificial?) distinctions among privacy, anonymity, and RTBF collapses, and the “balancing” exercise does not really work out in a balanceable way.

The case is, undoubtedly, an essential step toward access to public records and an open court system. A few days ago, Gaurangi also penned a post welcoming the Supreme Court Reports Project (e-SCR Project), allowing free access to about 34,000 judgments passed between 1950 and 2021. Separately though, I also wonder if the case signals (or brings) any shift in our legal thought. Tellingly, legal concepts and ideas often go through an ideological drift, meaning they “change their political valence as they are used over and over again in new contexts.” So, the tussle between public interest and individualistic rights, such as the right to be forgotten, will always be settled in the prevailing political context and influenced by the popular consciousness of that time. Given the libertarian hangover on our current legal thinking, where even the government prefers to hold information concerning public health citing reasons of “trade secret, commercial interest, IP,” does the case augur an attack on the public’s right to know in the future?

Maybe yes, maybe no; let the future answer this question!

Note – Readers can find our previous posts on the issue here.