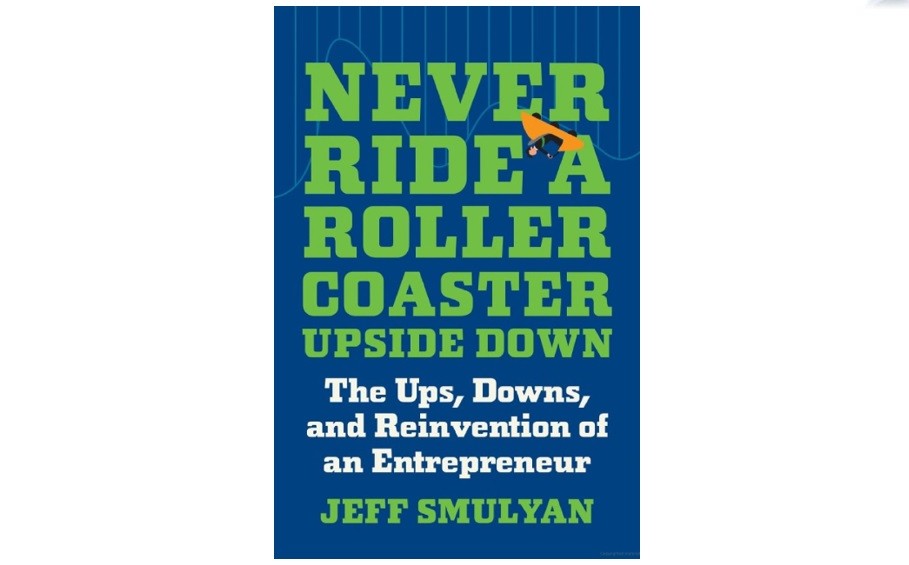 On my flight to Las Vegas for the annual Consumer Electronics show I dug in to Jeff Smulyan’s autobiographical “Never Ride a RollerCoaster Upside Down – The Ups and Downs and Reinvention of an Entrepreneur.” As CEO, Chairman, and Founder of Emmis Communications Smulyan has had a front row seat to the evolution of the electronics and broadcast industries. Reading the book is a great companion to one’s CES experience – where technology is always in flux and where, in years past the likes of Sirius Satellite Radio and XM duked it out from dueling on-the-showfloor booths before burying the hatchet and merging to become SiriusXM.

CES 2023 has also become the nexus of automotive innovation with multiple car companies in attendance and new tech announcements galore. In particular, multiple exhibitors are showing off their visions of in-car experiences including new audio and video technology, virtual reality, and clever interfaces.

Radio has always been a focal point for automotive innovation and this CES is no exception as Xperi will be showing off its DTS AutoStage technology which is now deployed in cars from Mercedes-Benz, Tesla, and Hyundai – with more to come. Xperi has led the charge to global adoption of digital radio technology which is transforming radio broadcasting and in-vehicle reception experiences.

Digital radio has unlocked radio’s potential for expanding its audience by enabling narrowcasting – more targeted broadcast content intended for different and very specific audiences. Whether via DAB or HD Radio, broadcasters are leveraging narrowcasting to increase the reach of their signals and content.

This development is only the latest iteration along radio’s evolutionary path to expand and grow its already dominant reach. The process began with the onset of FM technology which brought with it the concept of targeting specific audiences ultimately leading to broadcasters focusing on categories such as “adult contemporary” or “urban” music – since FM tended to be music-centric as the sound quality was so superior to AM, which became the home of talk radio – as noted by Smulyan.

In an age of digital advertising, though, radio has been centered around the “broad” in broadcasting. If you advertise on a radio station, you send the same message to the entire geographic footprint of the station’s signal. This is especially problematic if you are a politician not wanting to “waste” money on ads sent to listeners who were not constituents. Of course, this also manifests as traffic reports for jams occuring on the opposite side of town from particular listeners.

Enter the National Association of Broadcasters and large broadcast industry players like iHeartMedia. The NAB and iHeartMedia have expressed outright hostility to the new technology. It’s worth noting that Smulyan was working in the forefront of the radio industry when FM arrived and he immediately grasped the power and importance of audience segmenting.

Smulyan details his experiences and experiments with audience targeting with religious stations and, of course, WFAN – all sports. But targeting audiences with specific content types does not achieve the ultimate objective of most advertisers in a post-digital world.

Every other advertising medium enables highly specific geographic and demographic targeting of audiences – every platform other than radio, that is. ZoneCasting offers the prospect of opening the door to the next essential evolution of radio – introducing more focused geographic targeting of broadcast signals – without any change in receiving equipment.

I published a commentary several months ago in RadioWorld in support of ZoneCasting, regarding which the FCC has been accepting comments from interested parties as it presumably prepares to make a regulatory finding. I very quickly ran into the objections of the NAB.

I suppose I should feel flattered that the National Association of Broadcasters’ Chief Legal Officer and Executive Vice President of Legal Affairs Rick Kaplan saw fit to attack me in a guest RadioWorld posting for my support of GeoBroadcast Solution’s ZoneCasting technology – which will allow broadcasters to segment their signals to address different regional audiences and advertisers. Kaplan takes me to task for my “misguided” and “misleading” insights regarding GeoBroadcast Solution’s ongoing testing in Jackson, MS, and San Jose and San Francisco – with WRBJ and KSJO, respectively, among other tests.

Kaplan claims that ZoneCasting’s technology will create intolerable – to listeners – interference and interruptions in signals, something that would have been or that he claims has been shown from presumably “unskewed” research. Most revealing of all, though, aside from Kaplan’s mischaracterization of the results and the make up of those and other tests of ZoneCasting tech – flawed and biased in his estimation – is his expressed concern that ZoneCasting will segment the targeted audiences providing a justification for lower advertising rates overall.

This is the nub of Kaplan’s assertions: “ZoneCasting would have a negative effect on broadcasters’ advertising revenue. While broadcast radio’s unique appeal to advertisers is the ability to reach a wide audience in a local market, ZoneCasting would diminish that advantage by splintering listenership. ZoneCasting would depress advertising rates, as ad buyers leverage the availability of cheaper ads to demand lower rates from stations that choose not to deploy ZoneCasting and lead to a race to the bottom.”

This is classic fear, uncertainly, and doubt – FUD. ZoneCasting will actually open doors to new advertising and new advertisers. It will expand the market – like selling pizza slices instead of the entire pizza.

The results of ZoneCasting’s testing are in from reputable technicians demonstrating the efficacy of the technology – which, in different forms of FM boosting, has already seen widespread use. The NAB’s objections appear to revolve around the vested interests of the existing dominant players in the market. For large industry players ZoneCasting is indeed a risk and a vulneratility.

We have seen this resistance to technology and innovation before in the broadcast industry. Smulyan led the charge with NextRadio technology, seeking to accelerate the digitalization of radio and leverage the Internet to make radio searchable and content more discoverable. At that time, iHeartMedia was there to stand in the way of progress, just as they are today.

ZoneCasting represents the future of radio broadcasting. Whether GeoBroadcasting can overcome the resistance and opposition of parties vested in older technology remains to be seen. But to make real progress we do need to stop the spread of misinformation from those who ought to know better and are trusted with the future of the industry.

CES is Back, but is the Market?

CES 2023 and all things cycling